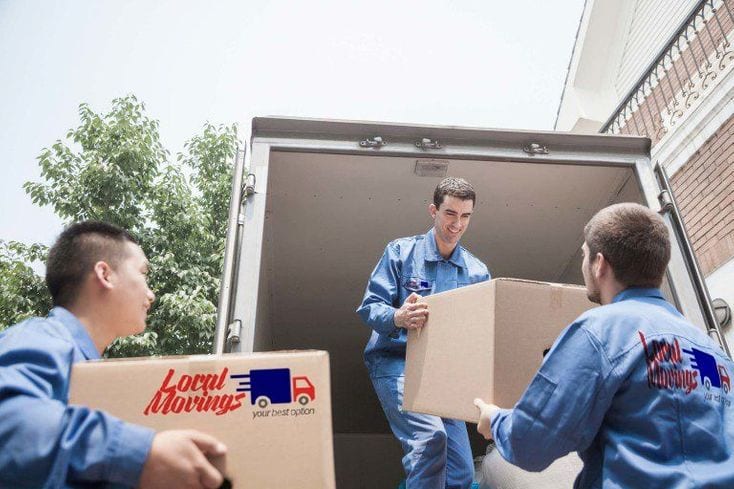 Average mortgage rates actually inched down yesterday, though only by the smallest measurable amount. Indeed, the fall was so tiny that many lenders didn’t bother adjusting their rate sheets. Still, our prediction was a little off. We said they’d probably be unchanged or “only slightly higher.”

What happened to cause the fall, which halted the strong upward momentum apparent at the end of last week? CNBC suggests the U.S.-China trade talks may be to blame. It says investors are beginning to think the final deal “may not be as strong as the Trump administration was expecting.”

The data below the rate table are mostly indicative of mortgage rates holding steady or being somewhat higher in the short-term.

Unless something big intervenes during the day, it looks likely mortgage rates will be the same or a bit higher this evening.

We saw three consecutive days of rises at the end of last week. But yesterday’s tiny fall suggests they might have been a blip rather than the start of a trend. So we might still be in a period when markets are drifting without much direction.

As importantly, don’t forget there’s plenty of potential for bad news in today’s headlines that could send those rates back down. In particular, any escalation in tensions between India and Pakistan could see a significant fall in mortgage rates.  And, as we saw yesterday, those US-China trade talks remain a source of concern. CNBC was reporting earlier this morning that this is still the case: “Market players are focused on U.S.-China trade developments with mixed messages on the progress of talks between Washington and Beijing over the last few days.” It went on to mention continuing concerns, raised in a New York Times article yesterday,  that the deal might “do little to address key structural issues.”

Still, we’re holding our nerve for now and continuing to suggest that you lock if you’re less than 30 days from closing. However, you might think that too conservative, and we wouldn’t blame you if you gambled on more falls during that time.

What’s going on this morning?

Both this morning’s releases of economic data were published at 10:00 a.m. (ET), making them too close to our deadline for us to assess market reactions. They were both better than expected, with new homes sales significantly so.

So, if you’re still floating, do remain vigilant. Continue to watch key markets and news cycles closely. In particular, look out for stories that might affect the performance of the American economy. As a very general rule, good news tends to push mortgage rates up, while bad drags them down.

When to lock anyway

You may wish to lock your loan anyway if you are buying a home and have a higher debt-to-income ratio than most. Indeed, you should be more inclined to lock because any rises in rates could kill your mortgage approval. If you’re refinancing, that’s less critical and you may be able to gamble and float.

If your closing is weeks or months away, the decision to lock or float becomes complicated. Obviously, if you know rates are rising, you want to lock in as soon as possible. However, the longer your lock, the higher your upfront costs. On the flip side, if a higher rate would wipe out your mortgage approval, you’ll probably want to lock in even if it costs more.

If you’re still floating, stay in close contact with your lender, and keep an eye on markets. I recommend:

There are fewer items on this week’s economic calendar than last. However, employment data, out on Friday, are always capable of moving markets. Other outcomes are more likely to fuel or slow existing market momentum (if any builds) than generate much of their own. However, any report can be disruptive if it contains sufficiently shocking results — whether good or bad.

This morning’s economic data were better than expected.

Markets tend to price in economists’ consensus forecasts (we use those reported by MarketWatch) in advance of the publication of reports. So it’s usually the difference between the actual reported numbers and the forecast that has the greatest effect. That means even an extreme difference between actuals for the previous reporting period and this one can have little immediate impact, providing that difference is expected and has been factored in ahead.

MarketWatch’s economic calendar remains slightly chaotic in the wake of the recent government shutdown. Some numbers published this week are for earlier periods than would normally be the case, and others are still being delayed.

What causes rates to rise and fall?

Mortgage interest rates depend a great deal on the expectations of investors. Good economic news tends to be bad for interest rates because an active economy raises concerns about inflation. Inflation causes fixed-income investments like bonds to lose value, and that causes their yields (another way of saying interest rates) to increase.

That’s a pretty good rate today, so lots of investors want to buy it from you. You can sell your $1,000 bond for $1,200. The buyer gets the same $50 a year in interest that you were getting. It’s still 5 percent of the $1,000 coupon. However, because he paid more for the bond, his return is lower.

The buyer gets an interest rate, or yield, of only 4.2 percent. And that’s why, when demand for bonds increases and bond prices go up, interest rates go down.

However, when the economy heats up, the potential for inflation makes bonds less appealing. With fewer people wanting to buy bonds, their prices decrease, and then interest rates go up.

Imagine that you have your $1,000 bond, but you can’t sell it for $1,000 because unemployment has dropped and stock prices are soaring. You end up getting $700. The buyer gets the same $50 a year in interest, but the yield looks like this:

The buyer’s interest rate is now slightly more than seven percent. Interest rates and yields are not mysterious. You calculate them with simple math.