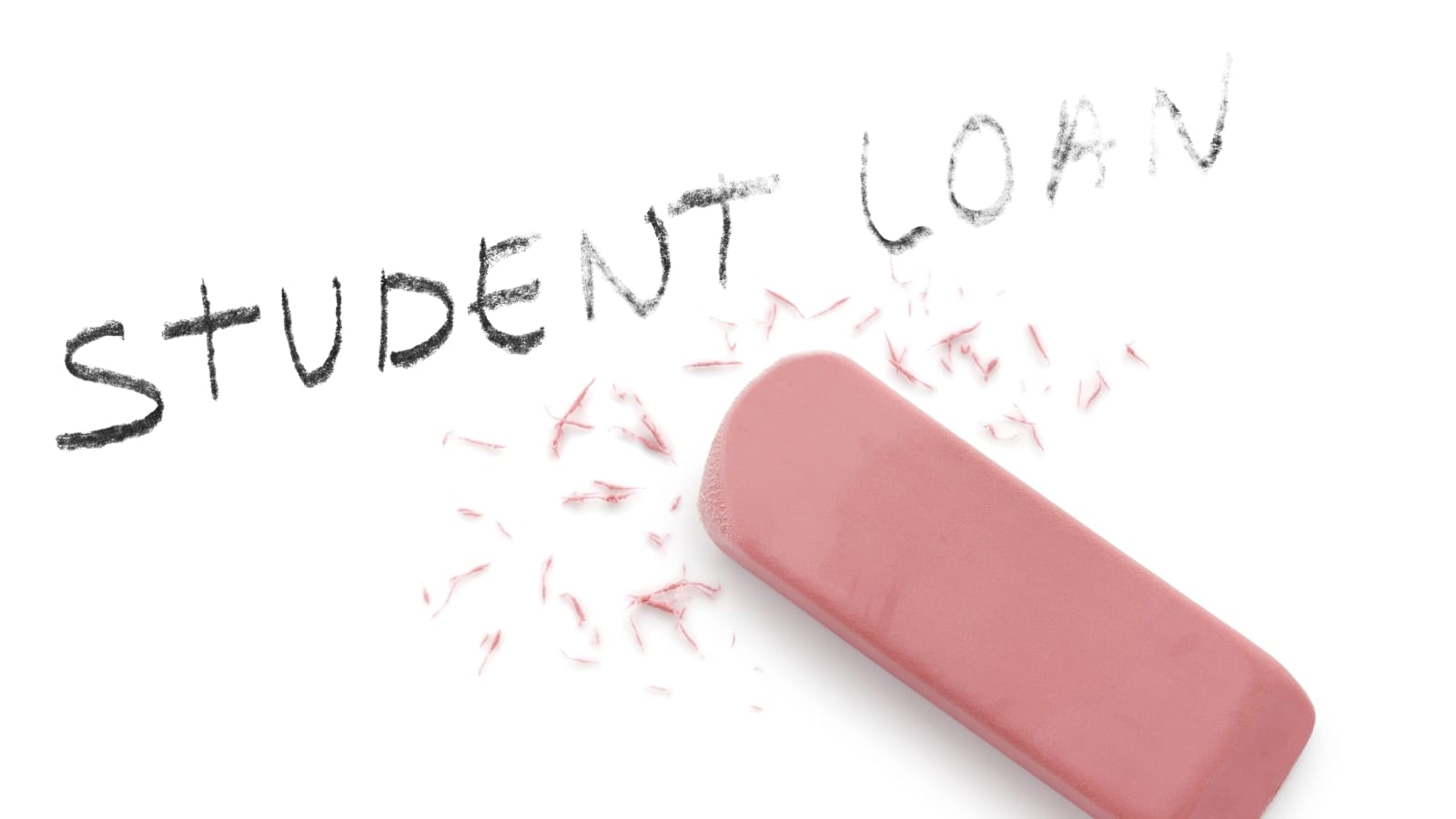 Has The Coronavirus Impacted Your Wallet? This is How To Get Lower Payments For Your Student Loans.

If you have a student loan, here’s what happens when the Fed lowers rates.

f you borrowed money to attend college, you most likely won’t feel any impact from the Federal Reserve’s interest rate cut.

That’s because most of the 45 million Americans with student loan debt have fixed interest rates, meaning the amount they pay is locked in for the life of their loan. Even then, the majority of borrowers have federal student loans, and Congress determines those interest rates, not the U.S. central bank.

Some borrowers, however, may want to start paying attention. If you have a student loan with a variable interest rate, you could soon start to see a slight relief in your payments.

Here’s everything you need to know about the Fed’s emergency decision to cut interest rates to near zero and what it means for your student loan debt.

If you have a federal student loan

When people say the Fed raises or lowers interest rates, they’re mainly referring to how the U.S. central bank decides to adjust its main monetary policy tool: the federal funds rate, or the interest rate charged to banks for overnight lending.

While the federal funds rate isn’t the exact interest rate you’re charged for taking out credit, it serves as a benchmark for the rates you have to pay on other loans, such as credit cards and auto loans. Essentially, if the Fed hikes or cuts the fed funds rate, interest rates on those loans respond in kind.

But not federal student loans. Lawmakers meet annually to determine interest rates for loans taken out during each subsequent school year. In other words, policymakers met this spring to determine how much it’ll cost to take out a student loan between July 1, 2019, and June 30, 2020.

However, anyone seeking federal student loans for the 2020-2021 calendar year could pay much less in interest.

“Every July 1, that’s when they make an adjustment for the next school year,” says Joe Messinger, CFP, co-founder and director of college planning at Capstone Wealth Partners. It’s looking at education loans as an academic year. As people go back to school in the fall, they’re going to have the rate that was just set.”

But even though the Fed doesn’t have direct control over student loan interest rates, you might start to see them behave in a similar manner. That’s because Congress ties interest rates to external market forces, mainly to the 10-year U.S. Treasury yield. The same factors influencing those returns are also dictating Fed officials’ decision-making.

Investors, for example, are worried about a broad-based slowdown from trade tensions and slowing global growth. Fed officials are as well, according to their post-meeting statement from their July 30-31 gathering.

“The Fed’s actions can indeed influence longer-term rates,” says Dave Mooney, CEO of Alliant Credit Union. “People tend to focus most on the federal funds target rate, but Fed monetary actions can certainly impact longer rates as well, to the extent that the Fed either influences those rates, or is influenced by what’s going on.”

Federal student loans you’ve already taken out won’t see any impact. Most likely, the ones for this school year won’t as well, since they’ve already been set. But if you’ll need to borrow more for the upcoming school year, the new loan you take out might have a lower interest rate.

But even those federal loans have been on a downward shift. Congress in May 2019 lowered interest rates on federal student loans for the first time in three years, reflecting how Treasury yields declined this year.

“The benefit is lumpy in the sense that, you’re not going to get the benefit of lower rates for the money you’ve already borrowed for the year, but you will when you borrow next year,” says Greg McBride, CFA, Bankrate chief financial analyst. “Your rates might be lower, particularly if the Fed continues to cut rates.”

If you have a variable-rate student loan

But that won’t be the case if you have student loans with variable rates, which are sensitive to interest-rate fluctuations. In other words, when the Fed raises or lowers borrowing costs, your interest rates will likely respond in tandem.

Most students with variable rates come from private, non-federal sources. That means the lender that offered the loan determines the interest rate. Rates are often based on your credit history, and they also frequently use a benchmark interest rate based on Libor — or the London Interbank Offered Rate. That rate is pegged to the federal funds rate, so it typically responds in tandem to any Fed adjustments. Some loans could be tied to the prime rate, which is also tied to the fed funds rate.

Even if you have a federal student loan, you might not be entirely off the hook. Before 2006, the U.S. Department of Education offered student loans with variable rates.

It’s important to note whether you’re one of these borrowers, as an interest rate adjustment could potentially alter how much you’re paying each month. But even with a Fed rate cut, the same is true: You likely won’t be able to tell a big difference in your payments.

What you should do if your student loan rate is variable

If you have a private, variable-rate student loan, it could potentially be a while before you see any relief in your payments. Long-term loans such as mortgages respond quicker to federal funds rate decreases, but it’s typically in a lender’s interest to lag those moves for as long as possible, Mooney says.

“There will probably be an effort on the part of lenders to hold rates where they are as long as possible and move them down as slowly as possible,” Mooney says. “There’s going to be a certain pressure to keep loan yields as high as possible. Lenders are going to be trying to maintain margins. However, the other eye will be on a competitive market place and what’s needed to remain competitive.”

Concerns over the rapidly spreading coronavirus led the Fed to slash rates to near-zero.

It’s also important to read the fine print on the terms of your loan, if you do indeed have a variable rate. That includes seeing if your lender has a cap on how high or low interest rates can go.

“When we’re in a low interest rate environment, make sure you look at the cap,” Messinger says. “What is the cap, and how high could this interest rate go? If your loan payment increases, it’s probably (because there’s) been an interest-rate change.”

With rates falling, it could also be a good time to refinance. If you shop around for the best rate and discover that you could be saving money by shaving off a percentage point or two from your interest payment, you could save a substantial amount of money that adds back into your discretionary spending.

“If you can go get a better rate, it’s always in your best interest to at least consider that,” Messinger says.

Most student loan borrowers aren’t going to feel an impact from the Fed’s interest rate cut simply because the majority of Americans don’t have variable-rate loans.

But even if your interest payment for your federal student loan may be pricier than what private loans eventually end up becoming, it doesn’t mean that you made the wrong choice. The U.S. Department of Education offers many “bells and whistles” that other lenders do not, and they’re often worth paying a few extra dollars for, McBride says.

“Most students aren’t and shouldn’t be going into the private student loan market, until they have maxed out their federal loans,” he says. “Federal student loans offer deferment, forbearance, income-based repayment, and even in some circumstances, debt forgiveness. There are a lot of favorable provisions on federal loans that no other form of borrowing that you will ever do carries.”

And while student loan debt can be overwhelming, favorable terms and historically low interest rates make paying them off less of a priority than saving for retirement, McBride says.

“Time is your greatest ally in retirement savings,” McBride says. “You’re better off shoveling money into your 401(k) in your 20s, rather than spending your 20s trying to get all of those (student) debts paid off and being 30 before you’ve started to save for retirement. By then, you’ve missed the most important years.”

Thank you https://www.bankrate.com/ for Sharing!