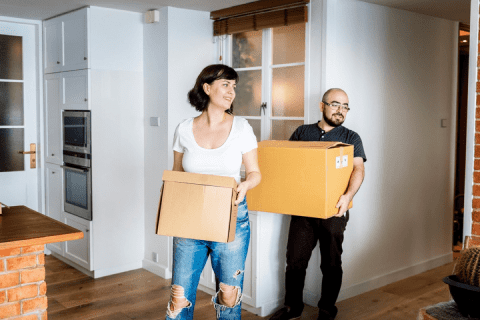 10 mother’s day traditions around the world

Mother’s day is celebrated on different days across the world, but is generally observed between April and May in the nothern hemisphere. The modern holiday of Mother’s Day was first celebrated in 1908, when Anna Jarvis held a memorial for her mother in Grafton, West Virginia.

Celebrations of Mothers and Motherhood !!!!!

Happy Mother’s Day. Feliz Dia de las Madres. Furaha Ya Mama Siku. It doesn’t matter how you say it, the sentiment is the same: Happy Mother’s Day, Mom. We love you. Thank you. You are the center of our family and for that, we are grateful.

Mothers are celebrated in many countries on different dates and in different ways. While Mother’s Day traditions and customs vary, everyone knows how important it is to honor moms for everything they do all year long.

Wondering what to do this Mother’s Day? Christine Gross-Loh, author of “Parenting Without Borders: Surprising Lessons Parents Around the World Can Teach Us ,” and Mei-Ling Hopgood, author of “How Eskimos Keep Their Babies Warm ,” suggest finding inspiration from the many ways families honor mothers around the world.

Here are fun Mother’s Day traditions in 10 other countries.

In the UK, Mother’s Day is celebrated on the fourth Sunday of Lent, and is called Mothering Sunday. During medieval times, poor families often sent their children off to work as domestic servants or apprentices to rich families. Their rare day off was traditionally granted during the Lenten season, so they could worship the Virgin Mary and visit their home, “mother church” and their families. The children would often pick flowers to give to their mothers and bake special cakes called Mothering Cakes or Simnel Cakes (the holiday even used to be known as Refreshment Sunday because the strict Lent fasting rules were put aside for the holiday). Today, Mother’s Day in the UK is celebrated in the same way as it is in America, with flowers, cards, gifts and family meals.

“In Brazil, Mother’s Day is one of the most commercial holidays celebrated, second only to Christmas,” says Gross-Loh.

Brazil commemorates this special day on the second Sunday in May with special children’s performances and church gatherings, which often culminate in large, multi-generational barbecues, she adds.

Muttertag takes place on the second Sunday in May (unless it falls on Pentecost, in which case it occurs on the first Sunday of the month). In Germany, the giving of Mother’s Day cards is extremely popular. During WWII, Mother’s Day traditions took on political significance as the day to acknowledge women for producing children for the Vaterland, or Fatherland. Medals were awarded in gold, silver or bronze, based upon how many children were in the household. After the war, it assumed a softer feel, with the giving of gifts, cards and flowers, as well as festive meals earmarking the day.

The American-born Gross-Loh spent five years raising her own children in Japan, where Mother’s Day is celebrated on the second Sunday in May and is symbolized by beautiful carnations — which represent the gentle strength of mothers who are revered in Japanese culture.

“Children draw pictures of their mothers in school and sometimes enter them in art contests,” says Gross-Loh. “Like most other countries, Mother’s Day is a day of pampering for moms — kids help take over the household chores, have a special family meal, like sushi or eggs, and give their mothers red carnations or roses and cards.”

Another country which relies heavily on the giving of carnations and other flowers is Australia, where Mother’s Day is celebrated on the second Sunday in May. Chrysanthemums are also a very popular floral choice, because mothers there are called Mum. Aunts and grandmothers are also acknowledged with gifts.

“In Australia, lots of service events are held around the holiday, with many organizations holding events to help raise money for women’s causes,” says Gross-Loh.

“The concept of a commercialized Mother’s Day is a Western evolution, but many cultures world wide do things to celebrate their mothers in small and large ways from rituals to special treatments at special times, including pregnancy or childbirth,” says Hopgood.

Peru is no exception to this rule, where Mother’s Day is celebrated the second Sunday of May with gifts, chocolates and joyous family meals. In Peru, children often give their moms handmade items, which are reciprocated with gifts from them, in turn.

Fete des Meres takes place in late May or early June, based upon Pentecost. It didn’t become an official day of celebration until 1950, but was originally declared a holiday by Napoleon. On this day, like usually in the United States, moms relax, relying on their children to cater to their needs and do the chores. Gifts are given and sometimes short, original poems are recited. A large, celebratory meal ends this relaxing, enjoyable day.

Mother’s Day is celebrated at the end of the fall rainy season, as part of the three-day Antrosht festival, dedicated to moms. When the weather clears up and the skies empty of rain, family members come home to celebrate with a large feast. Daughters traditionally bring vegetables, butter, spices and cheese, while the sons bring meat of various types, including lamb or bull. These will be included in a traditional hash recipe. Singing and dancing is shared by all family members.

Another country which needs three days to fully acknowledge their mothers and the spirit of family is Serbia, where Mother’s Day takes place in December and is part of a series of holidays including Children’s Day and Father’s Day. All three holidays take place on consecutive Sundays and require lots of rope!

On Children’s Day, children are tied up and must agree to behave before they are unbound. On Mother’s Day, it is the mom’s turn to be tied up, where she will remain until she supplies yummy treats and small gifts to her children. Finally it is father’s turn. The dads are tied up with rope until they give their families Christmas gifts. At that point, everybody feasts.

In culturally diverse India, a westernized version of Mother’s Day is celebrated on the second Sunday in May, when Indians reflect upon the importance of mothers in their lives and the sacrifices they have made.

However, Hindus in India celebrate the goddess Durga, or Divine Mother, during a 10-day festival called Durga Puja in October. Durga Puja celebrates the triumph of good over evil and is earmarked by gifts given to friends and family, as well as feasts and celebrations.

The celebrations may vary, but the emotion and love that ties families together is the same the world over. Mother’s Day, no matter how or when it is celebrated, simply serves as a reminder of all moms do for their families every single day and the honor they deserve because of it.

~Corey Whelan is a freelance journalist based in Brooklyn, N.Y.