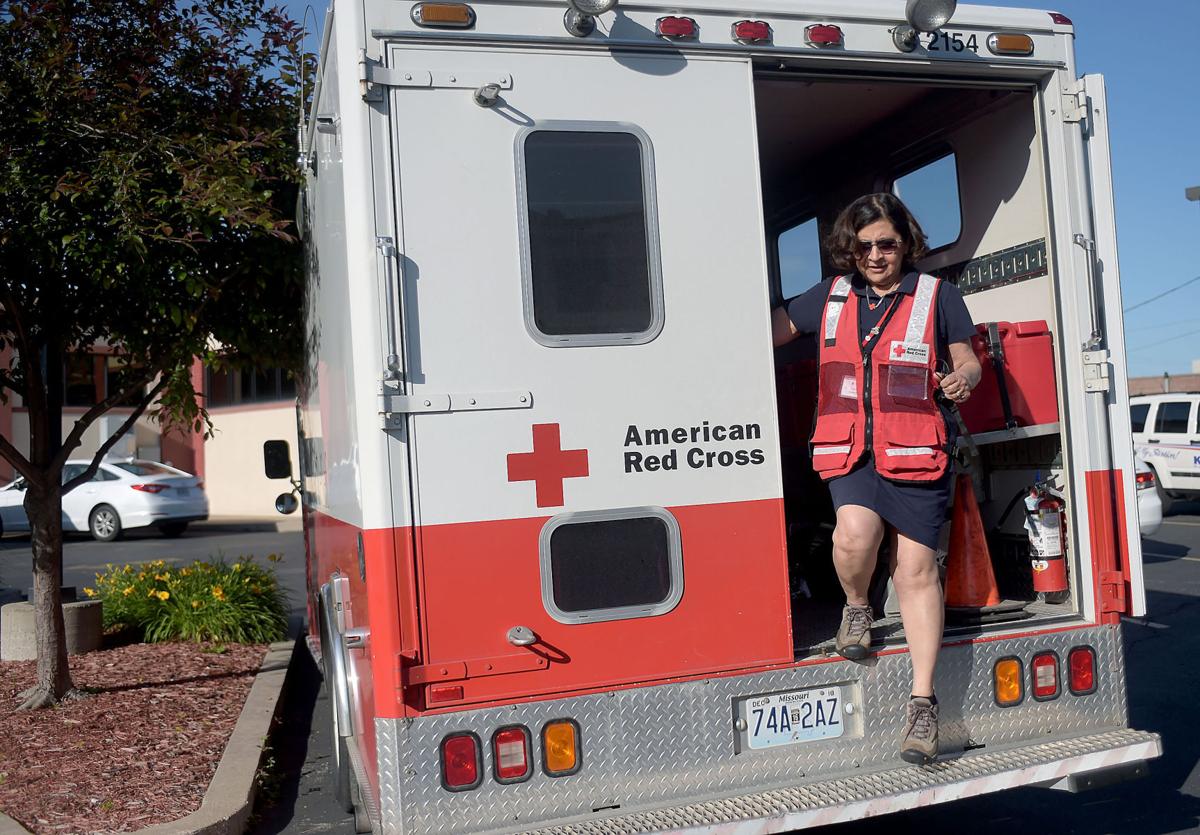 She is one of 23,000 volunteers who has been deployed to the state to help with flood relief efforts over the last 12 months. She was set to arrive with an emergency response vehicle in Texas this morning.

“I was in Houston last year and there’s been disasters and flooding there for quite a while,” said Shoba Brown, a volunteer for the American Red Cross for almost 11 years. “They’ve probably exhausted all of their volunteers, and there’s always a need for more. I mean, you’ve got to give volunteers a break.”

The most recent statistics from the American Red Cross say the natural disasters still happening in Texas have impacted more than 1 million people and about 388,000 households.

“Last year when I was down there, again there were areas of Houston that were underwater, and people are displaced invariably,” Brown said. “It’s affecting people who can’t afford anything else and the one’s who live right alongside the rivers. They go right back, but that’s where their homes are and they don’t have a choice.”

The level 6 operation — which is the second highest Red Cross operation level — already has a projected cost of between $6 million and $12 million. Volunteers throughout Texas are delivering bulk supplies, and operating two fixed kitchens that are currently serving 6,000 meals per day.

“We help them with getting back on their feet. Taking care of their immediate needs and that’s what we’re there for,” Brown said. “I know that once we take care of the feeding and providing the bulk, the cleaning supplies, we’re going to go into case management and that could continue for a while.”

Brown anticipates staying in Texas for two weeks, and she has become a seasoned veteran from the adventures she’s taken as a Red Cross volunteer.

“I’ve been all the way up to New York, New Hampshire, California, I’ve been to Texas a few times,” Brown said. “I’ve been to Minnesota, North Dakota. You name it and I’ve traveled with Red Cross following a disaster.”

This week’s storms are the latest in a string of torrential rains since May 2015 that have put swaths of the state under water. Nearly the entire eastern half of Texas, including Fort Hood, was under flash flood warnings or watches Friday.

“When we go into an a disaster area, we also provide financial help, and Red Cross goes into fundraising mode,” Brown said. “It’s other people who help us help those in need, and if we don’t pay attention to what’s happening in Texas, how do we let people know there is a need?”

Texas Gov. Greg Abbott declared a state of disaster Thursday, and urged people in flooded areas of the state to heed warnings when they’re told to evacuate and to not drive through high water or around barricades.

The governor also said the accident at Fort Hood demonstrates that even trained soldiers can be swept away. Five soldiers were killed Thursday when their truck overturned in a flooded creek. Four others were found dead Friday.

Brown said the Northwest Missouri region has seen disaster before, and now it’s time to spread the word about Texas needing the nation’s help.

“Joplin happened five years ago. There were people from all over the United States coming and there was money pouring in from everywhere,” Brown said. “People just knew minute-by-minute what was going on, and so we need to do the same thing for Texas so people are aware of it.”

Donations to American Red Cross fundraising efforts can be made online at www.redcross.org/donate/donation.

Ask us about our Senior Citizen, Active Duty, and Students Discounts!

*Our Prices include travel for Local Moves ONLY-  A Local Move is considered a move that is within 25 miles radius from our office, and 25 between point A-B.